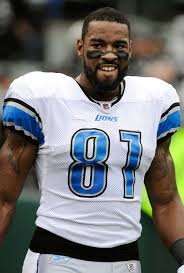 There has been lots and lots of debate about Re-draft strategies moving toward drafting your top notch Wide Receivers first. I have argued against it, and although I see the WR as a dominating position (especially in PPR formats), I will stand firm on my commitment to Running Backs. You see, there is a glut of Wide Receiver talent. You can get wonderful WR production in later rounds rather than spending your first and second picks on them thinking you can compromise with so-so Running Backs.

Here’s a scenario worth looking at: Say you are the 7th pick in a 12 team league. I use this, because Calvin Johnson is a favorite to go around here. You are employing the WR first strategy. You pick Calvin Johnson. Nobody is going to argue against Megatron to be sure, and let’s say for argument’s sake you actually got Brandon Marshall. Now, that is a dynamic duo if I ever saw one at WR. Now comes the third round and you feel it’s time to supplement the RB position. Here comes the problem. After looking at the RBs left, you find that Steven Ridley is the best RB available.  Now it is the fourth round and you get your RB2, which turns out to be Monte Ball. After all, Moreno is unproven and injury prone, and Ball comes with expectations. You are feeling pretty good about your squad.

Here is where I stick with RBs first.   Let’s say you were able to get Matt Forte at 7. Bear in mind, I’m using some of last year’s ADP’s not what Forte looks like this year. In the second you go for another RB and land Alfred Morris. Not a PPR stud, but a good starting RB. Now comes the third round and you get Andre Johnson; who was going 30 and higher in some leagues. Now in the fourth you grab Vincent Jackson. Who is better off?

I know, you are saying “Oh, what did you do Rick, just pull out names that would have your scenario win?” NO> I used 2013 ADPs and with all the talent at WR, it is foolish not to wait. You could substitute Jerico Cotchery for VJax and still win by 140+ points! Need more proof? In 2013, there were 31 players at the WR position to score 150 or more fantasy points and 59 that scored 100 or more. In contrast, at RB there were 25 to score 150 or more and 44 at 100 or more.  With a difference of 15 players, that is over a full round of drafting! Don’t kid yourself, get a RB early.

Bear in mind that I only covered the first four rounds; the disparity continues between the two positions and you should be doing your homework. Championships are drafted in the middle rounds and WR value and RB depth are key. But this is a lesson in getting the upper hand early on. The talent is there at WR and RBs are key to your title run. Get them early and see you in the Super Bowl!