Peering into the Future Again! 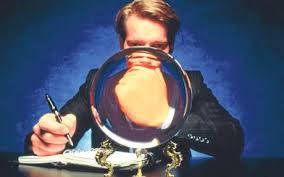 Well, since I am posting this after the Seahawks ran over the Pack, I will tell you that I predicted it 100% accurately!! Don’t believe me? Then come with me as I see the future for the rest of Week 1.

Buffalo @ Chicago – The Bills are desperately trying to improve and the Bears are looking to get over the hump. Cutler and his array of weapons should be way enough to put away a defensively improved Bills team. Bills run too much to keep up with the high powered Chicago offense.  Bears 31 – Bills 16

New Orleans @ Atlanta – I have predicted a comeback year for the Falcons, but the Saints are a bad draw for Week 1. Graham owns the Falcons and the Falcon D cannot solve the Saints offense. I see this as a high scoring game that has much to do with the coming year.  Saints 35 – Falcons 31.

Cincinnati @ Baltimore – The Ravens have no Ray Rice, but they may have moved on from him anyway. It will come down to defenses. Baltimore must stop the Bengal offense and of course, visa versa. I think the Ravens have the tougher task. Dalton, Bernard and Green should prove too much.  Bengals 27 – Ravens 20

Jacksonville @ Philadelphia – I loved the Jags draft this year and the improvements they have made on defense. Unfortunately, they lack weapons especially with Blackmon staying stupid, Shorts a little tender and Sanders suspended. Not mentioning the high flying Chip Kelly offense, I would still take Philly.  Eagles 34 – Jags 17

Washington @ Houston – Talk about two teams with a lot to prove. Houston can’t be as bad as they looked last year, right? Washington certainly is closer to 10-6 than that abysmal season of 2013, right? It comes down to RGIII and company vs what still should be a very good defense.  Closer than you might think. Redskins (yes, I said it) 26 – Texans 21

Cleveland @ Pittsburgh – Big Ben and the Steelers need to start strong this year and Cleveland should be the ticket. No Gordon for the Browns and a QB position in question. The Browns still boast a good defense, but Pittsburgh has many weapons. I see the Steelers taking off quickly.  Steeler 34 – Browns 14

Minnesota @ St. Louis – A real interesting game here. St. Louis has a great defense, but lost Sam Bradford for the season to injury. Minnesota seemed to have QB problems, but Norv Turner may have Cassel in a comfort zone while Bridgewater learns. Not a flashy game, but a close one.  Vikings 23 – Rams 20

Tennessee @ Kansas City – The Chiefs lost a plethora of Offensive lineman this offseason, but still have Jamaal Charles. The Titans have people scratching their heads over who will be the running back and just what can Locker do if he stays healthy. I think the KC defense may pull one out. Chiefs 21 – Titans 17

New England @ Miami – Will Gronk play? He’s cleared, so I say YES! When the Pats are healthy, they are tough to beat and Brady is really out to win another one as he feels Father Time creeping up on him. Miami has some people excited and others not so much. Me? Not so much. Patriots 37 – Dolphins 23

Oakland @ NYJets – I think Rex will have them competitive again. The Raiders are coming across country and relying on rookie QB Derek Carr to carry them as Matt Schaub continues his downward spiral.  Geno has been looking pretty fair and the offense has some upgrades with Decker and CJ?K.  Jets 27 – Raiders 21

San Francisco @ Dallas – The Cowboys can’t stop anybody and Michael Sam isn’t going to change things. The Cowboys’ offense is potent enough to win, but can they hold SF to under 35? Not too sure about that one. 49ers 35 – Cowboys 30

Carolina @ Tampa Bay – Both defenses should provide some highlights. Newton is Questionable at this writing, but probably playing. The Bucs have many questions including Doug Martin. Carolina should win, but I’m yanking down an upset. Bucs 24 – Panthers 20

Indianapolis @ Denver – This has fireworks written all over it. Big day for Luck again? I love Denver at home…no disrespect for Indy. Peyton will pick up here where (excluding the Super Bowl) he left off last year. Broncos 37 – Colts 27

NYGiants @ Detroit – The Giants really want to improve this year and Eli has to be the first. Unfortunately, the high powered Lions’ offense will prove too much in Week 1 until the G-men get on track. Stafford and crew should blister New York in Week 1. Lions 29 – Giants 17.

San Diego @ Arizona – The Chargers look to compete with Denver this year and another year in the Mike McCoy offense will have them doing just that. The Cards too, are looking to compete again in the brutal NFC West where 10-6 doesn’t seem to get you far. Dockett is gone for the year and that hurts immensely. This is going to come down to fewest mistakes. Chargers 22 – Cardinals 20