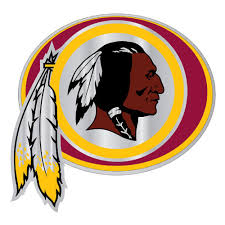 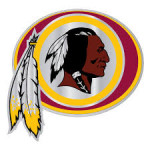 With the battle raging over whether or not Washington should change the “Redskins” name, I would like to weigh in on this little fiasco.  I know by writing on this subject, I will alienate or at least infuriate some readers no matter what side I take.  That’s a shame, because debate and discussion are the best way to solve, compromise or at least bring to light differences.

When I say Washington Redskins, there is not one speck of meaning other than an NFL franchise.  There is no hatred; there is no prejudice and there is no ill-will in my speaking the word Redskin. Some people are arguing that is a racial slur akin to the N-word. I think this is total rubbish. The “Skins are 3 time World champions and a proud organization with loyal fans.  The squeaky wheels making all the fuss about degradation and offensive language should look at a stadium filled with rabid fans.

Context matters.  Apparently it is OK for African Americans to call one another the N-word, but not a white guy.  I will have to assume Redskin is perfectly fine between Native Americans. It’s a double standard that is accepted, so I guess I can live with it. But it is not the same thing.   If you saw three men in Washington Redskins’ jerseys: a black man, a white man and a red man; what would you think? Would you think two of the men (black and white) are slurring the other while the red man is paying homage to his race? No! You see Redskins’ fans. It symbolizes more than anything, how team sports bring all types of people together.  If you are a Raven fan in Pittsburgh, trust me when I tell you it doesn’t matter what color you are! You are a Raven!

I am part Irish, and many times on our shows on various outlets I have stated that if the NFL wanted to create a team called the Washington Drunken Irish Micks, I would love it.  Why? I refuse to become part of this country that has turned into the United States of the Offended (a term I first heard over 25 years ago coined by a well-known curmudgeon named Robert D. Raiford).  This issue has even been interfered with by the government when the Patent Office terminated the patent the team had on the Washington Redskins name. Seems they are diverting attention from what really matters to all people: shaky foreign affairs, slumping economy, unemployment, energy dependence and more than I care to go into.

Alas, I have come up with a solution. If people and various groups must play the race card and cry foul over every little issue, then common sense tells me this is only the beginning. If they get their way, it opens the door for everyone. Therefore, I feel every questionable item should be dealt with now.  After all, we do not want to offend, neglect, shun or degrade anyone or anything. I took a look at the four major sports and determined which team names could be construed as offensive, degrading or instilling fear.  Since it would take too long to change every questionable team name (after all, look how long it is taking Daniel Snyder), we will just bar them from competition until they capitulate to the will of the vocal minority.

Here are the teams that are barred from competition until their names are changed to something pleasant and why:

As with starting the whole thing, the Redskins are barred, along with all other slang terms and references to a race of people.  Indians could be switched to Native Americans, but Chiefs, Warriors and Braves suggest a hostile nature of the said people. Blackhawks categorizes just one certain, shall we say, nationality of the said people. This is degrading to all others. Canucks is slang for Canadians. Montreal Canadiens were spared this penalty because they are, after all, Canadians or les Canadiens. “Yankees”, as we all know, symbolizes the darkest days of America. Plus it is a slang term used to describe people from the North. Any grim reminders of those days can be the roots of more social issues we don’t need in sports.

After the Michael Vick catastrophe with dog fighting, there is no way I can send animals into battle: even symbolically. This clearly suggests by the sheer number of animal team names that we already have no respect for them.  What if you put Timberwolves against Pelicans???  Slaughter.

This is clearly going to alienate all the atheists out there who have no intention of believing in Saints, Devils and what not. We can’t have their beliefs just cast aside like it means nothing. It would surely show disrespect and that cannot happen in the world of sports. After all, they are trying to ban “Under God” in the Pledge of Allegiance, so it makes sense to set a precedent.

How can we separate sizes of people? Giants clearly separate themselves from average sized AND more importantly, the little people of the world. Calling attention to their size suggests that somehow they are special and we know that is not the case. Even suggesting this could be very offensive to some individuals.

We can certainly see the race implications here.  RED Wings?? REDS, BROWNS???  Come on! Separating things by color, or type (Where’s the OAK Leafs or PINE Needles?) is not only offensive, but very thoughtless towards other colors and species, in general. Why is Black Sox used to remind us of the fixed World Series, and Red and White Sox are pure and traditional team names?  I’m afraid we draw the line here. If Redskins is degrading, then surely Red or White Sox can’t be expected to be okay.

There are many things here. First, each is an act of God (See above with Saints, Devils, etc.).  Next; blaming nature for your loss would offend every single environmentalist everywhere.  Hurricanes already have a bad rap, but think of the all the other storms being left out. Tornadoes, blizzards and sandstorms would all be ignored and discriminated against.  What about hail, sleet, cold, tsunamis? It’s a slippery slope we are putting ourselves on here, so let’s get off now.

These are basically occupations and we know where this can lead.  No plumbers, doctors, sanitation engineers, accountants, carpenters, clerks, mechanics and many more? No way can we elevate certain occupations, positions or trades above others. We must come up with a name that does not separate.

There are a lot of names here that can conjure up nightmares for the little ones. They have been subjects of swashbuckling adventure, dark sages after our heroes and cut-throats out to murder us. These things are downright scary and could be considered offensive.

Pretty soon every kid will want to wear spurs or play with swords. These things are downright dangerous. Sharp and made of metal, we can’t allow the public to see such dangerous implements glorified and hailed in the world of sports.

Hopefully I haven’t missed anything or left anybody out. I apologize to those who might find a team name degrading and I thoughtlessly left in.  While it’s true the leagues will be a bit shorthanded for a while, I suggest we allow the players out of their contracts to the barred teams until the names have been changed. Meanwhile, they will be free to sign with any other team that wants them. This will surely improve the competitive factor and provide us with thrilling entertainment. We will have to shrink the amount of teams in the playoffs, but we can always expand the season.  There will be 7 teams in the NFL, so that takes care of the bye week every week.  There are 8 teams left in the NHL, so Playoffs are no problem; everybody is in. Leaving nine teams in baseball is advantageous as well. We can have much more interleague play, plus we can expand the World Series to the best out of 21. Finally, leaving 11 teams in the NBA means they can have more time off because one team will be off while the other ten play each other.  We can also incorporate all teams into the playoffs using three wild cards playing each other in double elimination. Winner gets to play the 8th seed to enter the REAL playoffs.

There are many advantages to becoming politically correct; making everybody feel good about their fuzzy-bunny world is just the beginning.  So now that I’ve insulted some, made some others laugh and hopefully made the rest at least think about it, I need to know when this will stop. Nobody is degrading anybody using a team name that has come to symbolize a glorious franchise in the greatest league in the world.  It is a bit tongue-in-cheek, but mark my words now: If the Redskins are forced to change, it will start an avalanche of every squeaky wheel that is gets offended or has an agenda to force onto people what they think should be their vision.

This should not be who we are. A Washington Redskin jersey symbolizes players and fans, be they black, white, red, yellow or brown, coming together as one to participate in a sport and enjoy life together. Where do you think terms like “Steeler Nation” and “Raider Nation” come from? This divisive thought process is what causes many upheavals in society, and tarnishes what has become a focal point of millions of lives.